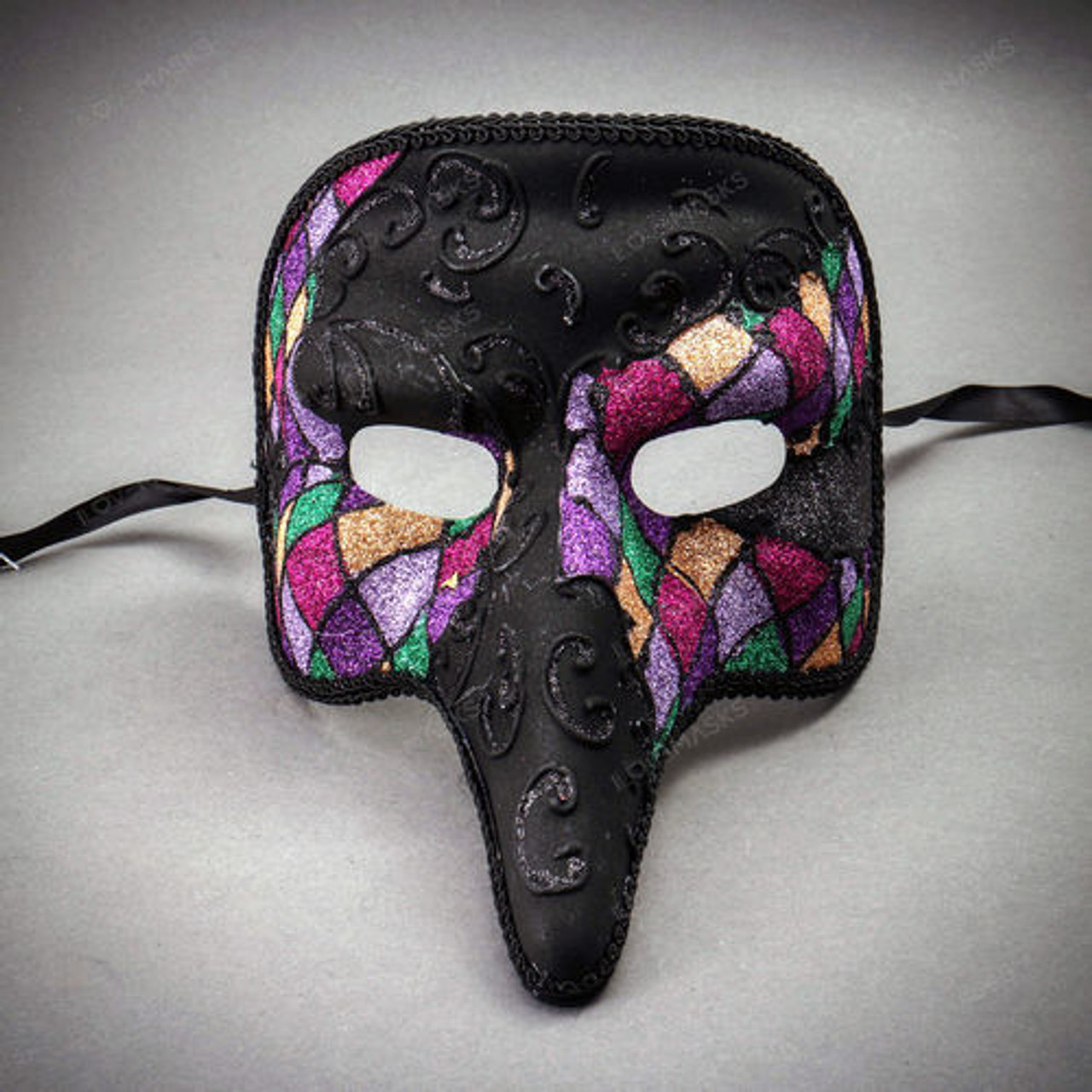 In appearance the Pantalone mask has a big hook nose as one of the most outstanding features which bears resemblance to a beak. Among other obvious features of this mask are slanted eyes. In historical perspective the Pantalone has its origin from a classic Italian theater character, whose distinguishing feature was his intelligence. This mask is meant for the clown in your friend’s circle, i.e. that one friend who smoothly initiates a discourse with people and establishes friendly rapports with them, and is always cracking the most hilarious jokes in the gathering.